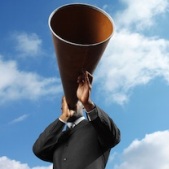 Jeremy Schwartz, WisdomTree Director of Research, says: "Some investors believe that government ownership can negatively impact the operational aspects of a company because government-owned companies may be influenced by a broader set of interests, beyond generating profits for shareholders. XSOE was designed to broadly represent the investment opportunity set in the emerging markets outside of state-owned enterprises.1"

Over the past five years, MSCI Emerging Markets Index returns have lagged the US markets cumulatively by more than 80%.

Schwartz says: "One of the major reasons for this underperformance has been the lacklustre performance of the state-owned enterprises, which have dragged down broad emerging markets index returns. Traditional EM benchmarks have a quarter of their total exposure to SOEs. XSOE provides investors with an alternative beta EM exposure – ex-SOEs – that stands in stark contrast to established beta EM exposure."

Further, according to a recent article in The Economist, "Across the world, big, listed state-owned enterprises (SOEs) that were floated, or raised mountains of equity, between 2000 and 2010 have had a dismal time. Their share of global market capitalisation has shrunk from a peak of 22% in 2007 to 13% today."