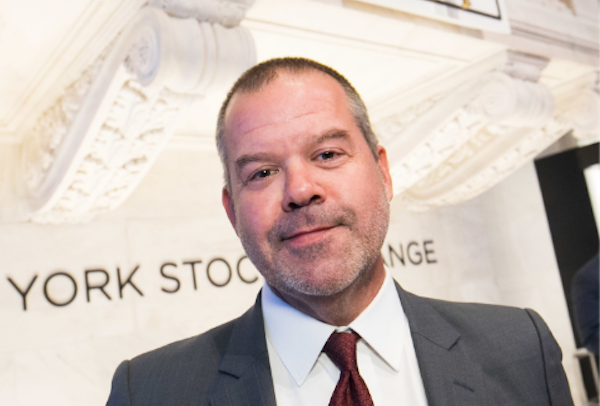 Kevin Carter’s emerging market internet ETF, EMQQ, has had another interesting year, having been up 80 per cent last calendar year, up 25 per cent in the first six weeks of this year and then undergone a period of such extreme volatility that it is largely flat for its year-to-date figures.

Assets in its US and European products sit at just over USD2 billion and June saw it rebalance its portfolio, significantly adding to its holdings, and widening its geographical reach across the emerging markets to include digital opportunities in Brazil, China, India, Russia and South Korea. The new portfolio has 17 of the 26 new names outside of China.

Carter had a gut feeling that quite such success in performance last year and the first part of this year was sure to be followed by a downturn. “There is no real simple answer as to why it did go down so much,” he says. “The negative news hanging over the EMQQ world comes from China and the news in April around the anti-trust and fintech regulations did lie behind some of the correction, but there has been a rotation out of growth and into value which hit ARK as well as us, and also worries about potential inflation growth and interest rate rises on the horizon.”

This June’s rebalance has seen the portfolio pick up about 22 new stocks, going from 96 to 118. “There have been a lot of IPOs and there are a lot more coming,” Carter says, commenting that the latest, the Chinese ride-hailing firm Didi was the biggest Chinese listing in the US since Alibaba in 2014, raising USD4.4 billion.

“This has been a fascinating story,” Carter says. “When ride-hailing showed up in the US, people all over the world copied it.” Didi resulted from the merger of two wannabe Uber firms in China who ended up being supported by Uber when it struggled to get market share.
Carter notes that ride-hailing in the emerging markets is quite a different thing from using an Uber to skip the taxi queues at JFK on arrival in NYC.

The top three companies added during the rebalancing were, firstly, Reliance Industries Ltd: the largest new addition and EMQQ’s sixth-largest holding. The India-based conglomerate has been aggressively expanding into internet-related activities under its ‘Jio Platforms’ banner. The company raised over USD20 billion last year from investors like Facebook and Google as it continues to roll out a local super app that offers everything from e-commerce and payments to gaming and video streaming. Reliance has become the poster child of increasing digitalisation in the world’s second largest country, EMQQ writes.

Secondly, the portfolio now includes Nexon Co Ltd, a leading online and mobile games developer. It has more than 60 offerings across more than 190 countries. While the company is headquartered in Japan, it generates most of its sales in China and South Korea. And thirdly, JD Health International, the digital healthcare subsidiary of JD.com, the leading online shopping company in China. JD Health operates an e-commerce platform for pharmaceutical products and medical supplies. It joins a growing list of digital healthcare names in our universe that are helping bring the medical industry online.

Looking forward, Carter is excited by developments in Russia, Poland and even Turkey, with Hepsiburada, Turkey’s giant online shopping platform, considered the Amazon of its country, which has floated on the Nasdaq.

“These e-commerce and internet companies are evolving in ways that they haven’t done in the US, a combination of video games, e-commerce and payments,” Carter says.

Back at the ride-hailing apps, Indonesia’s Gojek is based on motorbikes, rather than cars, and delivers anything that needs to move, whether food or people.

“This rebalancing signifies how much growth is happening in this area,” Carter says. “When we launched there were only 42 companies, now 118 and since the last rebalance we added 22 companies more than half of the number we had when we launched so there is evidence of the strength of the story and the growth that is happening.”