President Biden’s signature USD579 billion infrastructure initiative is now one step closer to being rolled out, and its staggering size and ambition will have a profound impact on commodity markets and supply chains, in particular metals like copper, nickel, and silver, which stand to benefit substantially from this investment, says NTree’s head of research Hamad Ebrahim.

The key elements of the physical infrastructure plan are modernising 20,000 miles of highways, roads, and main streets, fix the 10 most economically significant bridges and repair the worst 10,000 small bridges. Replacing or repairing 24,000 buses, 5,000 rail cars, 200 stations and thousands of miles of track, signals, and power systems. Developing and rolling-out electric vehicles and corresponding charging network, including building 500,000 EV chargers by 2040, replacing 50,000 diesel transit vehicles and electrifying at least 20 per cent of yellow school bus fleet.

Replacing of all lead pipes and service lines; investing in the electric grid network and rolling-out affordable reliable high-speed broadband across the country.

“Nickel and copper also stand to be key beneficiaries from electrification spending and replacement of internal combustion-powered federal fleets with electric battery-powered fleets. EVs contain up to 10x more copper than internal combustion engine vehicles and each electric bus contains approximately 370kgs of copper. The US yellow school bus fleet size is approximately 480,0004 and if 20 per cent of the fleet is replaced by electric buses, an additional 35k tonnes of copper will be needed. The US also has a federal agency vehicle fleet of approximately 650k5 and transitioning all of those to electric vehicles will significantly increase demand for both copper and nickel.

“Nickel is one of the key components of electric batteries and whilst there are a lot of uncertainties on types of battery technologies and their nickel loadings, we can make some simplified assumptions to estimate the expected additional demand for nickel. Assuming the US federal government contracts to buy American EV buses6 then Nickel demand from replacing the whole federal fleet should be in the order of 55kt.

“Silver is also likely to be a strong beneficiary of the bill given high-speed internet, 5G and IoT connectivity will all increase demand for silver. The US infrastructure bill is expected to increase productivity and while estimates may vary, a 2014 University of Maryland study found that every USD1 of infrastructure investment adds as much as USD3 to GDP growth.” 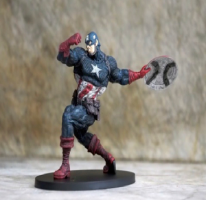