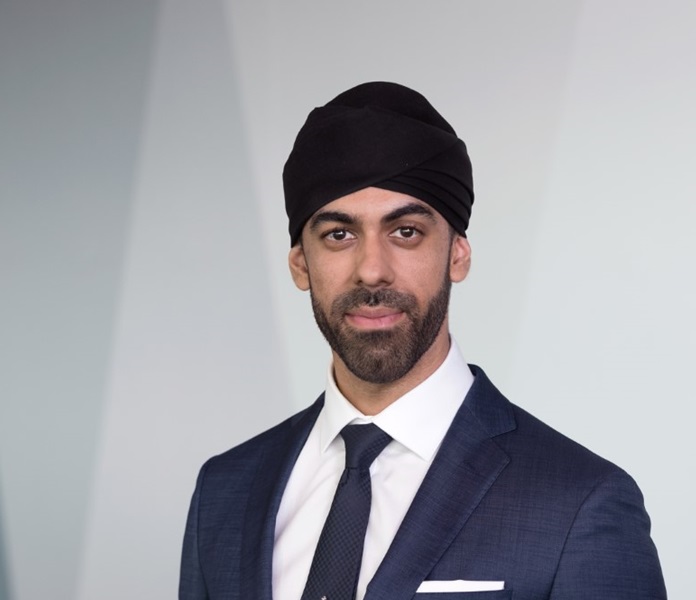 Are Covid economics here to stay?

For a fleeting moment normality seems to have returned to our everyday lives, even if it will be some time until we can really consider the Covid-19 pandemic to be over. Nicky Maan, CEO of Spectrum Markets explores the medium and long-term trends against the background of the potentially fragile recovery.

I don’t think the situation is as fragile as it appears. Even if there will be a renewed increase in the number of Covid-19 infections or one of its variants, it has been shown that people largely deal with it in quite a disciplined way.

In terms of the economy as a whole, the supporting measures by governments and central banks, cushioning the immediate loss of income in the first place, have had an additional effect. The markets’ uncertainty over whether or not the crisis can be handled was shortlived and scepticism about the medium-term effects of the crisis has given way to confidence among the general public, companies and investors.

When stock markets recovered so quickly and significantly in spring 2020, even moving above pre-crisis levels, we spoke of a “decoupling” of the stock markets from the real economy – against the background of gloomy forecasts regarding mass unemployment and hyperinflation. It has become clear, however, that the forecasts were too pessimistic.

According to studies by economist John Haltiwanger, there have been more company foundations in the U.S. between mid-2020 and the end of May 2021 than during any twelve-month period since these statistics were first compiled in 2004. The outlooks issued by traditional European companies such as the big car manufacturers also sound significantly more optimistic than they did towards autumn 2020. The Baltic Dry Index , the most important sea freight index of the Baltic Exchange, rose to its highest level in 11 years in mid-June because the demand for bulk raw materials has increased significantly in all of the shipping segments measured by the index.

I do not want to downplay the serious consequences Covid-19 had and still has for certain sectors, nor the enormous efforts and hardships that many individuals have been exposed to since last year. But the current upswing is more sustainable than expected and it is not just supported by sectors that would be expected to immediately benefit from the crisis. The question arising from this development is; how sustainable is this boom for any particular share?

When thinking of Covid-19 in this context, brands like Amazon or Netflix immediately come to mind. In the example of streaming platforms, it seems reasonable to assume that competition has increased while growth potential has significantly decreased as a result of a changed demand pattern. After all, with lifted restrictions people have more alternatives again.

However, with the exception of vaccines, there is hardly any product or service existing exclusively because of Covid-19. The question should therefore be: can a company develop or maintain market power due to its technological lead and/ or its ability to innovate and change, and how diversified is its income structure?

Using the example of Amazon, one can state that while e-commerce continues to grow steadily, margins are shrinking just as constantly. However, Amazon is much more broadly positioned. The cloud service AWS3 is a high-margin business with very high growth potential, to name just one example. Amazon was a pioneer here and has clearly outperformed its competitor Google Cloud. A very close look at the business model is therefore much more important than evaluating short-term effects. The same applies, of course, to Netflix. True, the number of new subscribers collapsed after the lockdown periods ended, however, a realistic assessment of the growth potential here depends on a number of factors, too. For example, will people ever be ready in the future to sit tightly packed in the cinema, or, what additional formats will the company enter into, be it organically or through acquisitions?

Meanwhile, there is a continuing trend towards investments in products selected on the basis of ecological and social standards. The ESG4 trend is very unlikely to slow down, especially since this perspective is much adopted by younger parts of the population whose consumption habits will shape the world for many years to come. As an example, companies that improperly dispose of hazardous waste or exploit their employees are not only breaking the law, which entails much more severe penalties today than in the past. Their reputation also suffers so persistently when misconduct becomes public that it can mean ruin. That is the passive or reactive side of this trend.

On the active side, the enormous power of this trend can be seen in the areas of finance and investments, as demonstrated by the boom in ‘green bonds’, ESG-compliant funds and ETFs. Governance criteria are becoming more and more important for companies, as these are being increasingly considered in the investment guidelines of the large investment funds and in the composition of indices by index providers. Here, however, a certain degree of caution is recommendable, because not everything that says ‘green’ is effectively green. In some cases, it can make more sense and be more lucrative to invest directly in future-oriented technologies.

Wind and solar energy are two such future-oriented technologies. Expiring subsidies in the private sector, lower energy feed-in tariffs or acceptance issues with wind turbines may tempt people to question the growth potential of green energy. But if you look at the investment plans of the major energy suppliers, it quickly becomes clear that this view does not go far enough. The Danish energy group Orsted , the largest offshore wind farm operator in the world, will invest around EUR50 billion in green electricity production over the next five to six years, while the Spanish Iberdrola is talking about EUR150 billion Euros over the next 10 years. The new US government has announced that it will open the Pacific coast for wind energy generation and is planning a 30 gigawatt share of wind energy in the energy supply. Quite the contrary, the music is only just beginning to get louder when you think of the verticality in the value creation chain or the potential from the world’s gigantic energy demand, which is currently still dominated by fossil fuels and atomic energy.

Another green investment niche that can almost no longer be described as a niche is recycling. At the moment, there is a lot of talk about battery factories, as more and more journeys are being made using electric vehicles. More interesting than their pure production, however, is the question of how raw materials are reused and how to reduce pollutant emissions associated with recycling. The buzzword for this is circular economy, which describes the attempt not only to isolate fundamentally reusable elements that are then used in other areas, but to optimize the raw and reusable material cycle in the production process in such a way that their recovery helps to cover increasing energy demands. On the other hand, I regard hydrogen fuel cell technology with a little more caution – at least as a widely used drive energy source in the passenger vehicle sector. Only with very large vehicle weights, such as those of trucks or trains without overhead lines, does hydrogen outperform batteries in terms of energy efficiency. But here, or in industrial production as a substitute for coal or gas, hydrogen also has its own potential.

Since we’ve all experienced the revolutionary emergence of the Internet, we tend to believe that’s the end of it: how much more interconnectedness, efficient communication and collaboration between people or machines can there be? In doing so, we forget the productivity gains that every little increase in computing power, storage or transmission capacity brings and how many new processes are made possible by this. Online pharmacies were unthinkable just a few years ago. Today, sophisticated remote diagnostics and even telesurgery are a reality.

A perceived barrier to investment in future-oriented technologies is the massive overvaluation of technology stocks. Although not every technology share costs close to three thousand euros – to use the example of Amazon again – it is unfortunately true that undervalued assets are especially hard to find in the technology sector. On the other hand, you have to keep in mind that, again especially with technology stocks, it is not only the extremely high-yielding stocks that can be interesting. Where investment opportunities are rare due to the low level of interest rates, it is worth looking for opportunities in the second and third tier. Those who prefer to invest in the well-known names but cannot do so because entry levels are too high, or do not want to because of the associated cluster risk for their portfolio, can now participate in such stocks’ performance in many other ways. For example, by purchasing partial shares or, with a more aggressive risk-return profile, via securitised derivatives on indices as they are traded on Spectrum Markets.

Neo-brokers have contributed to the breaking up of what were monopoly structures not too many years ago. They make trading accessible to an increasingly broader public, as they focus on a tailored product selection and offer a modern, lean and simple user experience at favourable terms. It is fundamentally positive if access to markets is simplified and made available to more people. Ultimately, this form of availability in retail, especially for private investors, is also the core brand value of Spectrum Markets. At the same time it is important that the neo-broker trend does not lead to a “gamification of trading”, as ESMA has put it. This means that the playful ease of trading, for example via an app, should not lead to the investor losing sight of the risks associated with trading.

Talking about ESMA is a good transition back to ESG as it would be fair to say that any movement, trend or type of activity in financial markets can be concerned to have picked up a certain speed or relevance when regulation starts ingesting it. ESMA has stated it is going to take ESG factors into account across the range of activities within its Single Rulebook, Supervisory Convergence and Direct Supervision agenda. It will monitor and assess ESG related market developments and ESG related risks and it will include environmental related systemic risk in its stress test scenarios. This means the authority will not just control the integrity of green labels, but it will, through regulation, actively foster ESG related activities within the financial sector.