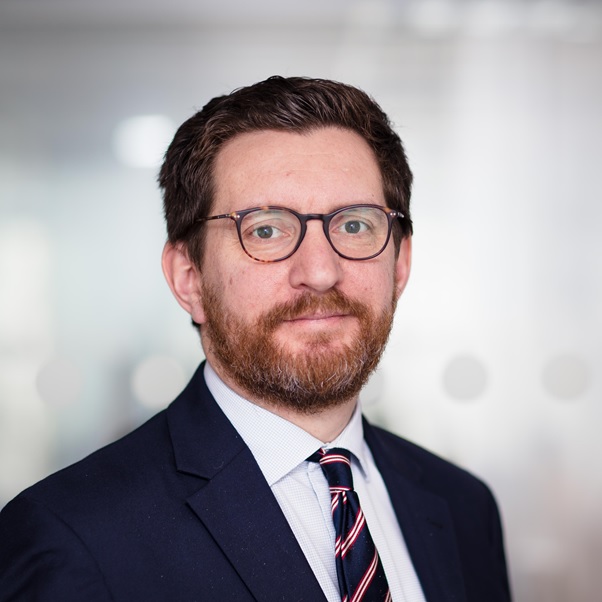 Risk advisory firm Validus Risk Management has published its annual analysis of the top macro risks for the coming year.

Risk advisory firm Validus Risk Management has published its annual analysis of the top macro risks for the coming year.

This is timely as many analysts have commented that the financial markets are looking increasingly volatile this year, having undergone a difficult January.

Validus publishes its analysis of most likely market risks every year, in which the firm’s analysts and economists highlight the most pertinent macro risks, the likelihood of them occurring, possible scenarios and currency implications.

Commenting on the 40 per cent probability that the Fed manages to deliver on market expectation, Validus writes: “In this scenario, the Fed lives up to market expectations and delivers on its duty of five hikes and a commencement of QT. We have assigned this scenario as one of our two most likely outcomes, and with good reason. The US economy is undoubtedly doing well, unemployment rates are rapidly falling back toward 4 per cent – a level which, historically, represents a labour market about as tight as it can be. Add to this that GDP growth has remained robust, printing higher than average figures for the last several quarters.

“In such a setting there is scope for higher rates, should there be a cause, and there certainly is. Inflation in the US, and around the globe, shot higher in 2021 – though, there was hope it would pass, it hasn’t. US CPI now sits at levels not seen since the early 80’s and many commentators are saying the Fed is behind the curve and this problem is already embedded. In such a setting it is not hard to imagine the Fed hiking five times and beginning an unwind of its balance sheet.”

In terms of currency implications, Validus writes that, unlike last year, the consensus for the USD coming into 2022 has been for strength.

“And much of this expectation is unpinned by the hikes carried out in this scenario. We have some issue with this conclusion. As the number of expected hikes rose from two in late November to four at the start of 2022, the dollar saw almost no gains, in fact it lost value against several peers. We have seen strength in the last week or so, but non-hedging positioning (speculative positions) is still very long dollars, as long as it has been since mid-2019. From here we think it will be difficult for marginal buyers to take the USD higher and as such we remain neutral USD in this scenario.”

The company comments that EURUSD has already had a difficult 2020 and so a lot of the rate differential is already baked in, but it certainly will be the most fragile pair in this scenario. If the Fed manage five hikes it feels reasonable to assume UK and Canada won’t be far behind, keeping these pairs fairly flat.

Commenting on the 35 per cent probability that the Fed under delivers on market expectations, Validus writes that they envisage the Fed manages to hike one to three times but no more.

“There are three drivers which could push the markets down this route, firstly – a move lower in inflation. As YoY effects begin to drop out and (dare we say it) the worst of Covid lockdowns are behind us, we could see inflation numbers move lower in the second half of the year.

“Energy is a large driver of current inflation figures and tensions in Russia are exacerbating things but historically speaking such tensions, often, don’t last forever or result in military action. Secondly, equity markets will cause concern for the Fed. Recent changes in rate expectations have seen equities (led by growth stocks) lurch lower – the S&P500 is currently about 10 per cent, if it were to fall another 10 per cent there is an argument that the Fed would step in to support and in this case that means fewer hikes.

“And finally, if the economic robustness we mentioned earlier was to wobble. It is always difficult to know how an economy will handle tighter monetary conditions, and it would be hard to blame the Fed for getting cold feet ahead of hike number four if the preceding NFP, for example, was a large negative.”

In terms of implications for currency in this scenario, Validus writes that this scenario would be difficult for the USD – with positioning so skewed in favour of USD as mentioned earlier, such a move could spark a domino effect of unwinds.

“It would be difficult to see the USD strengthening against any pair were this to happen, with the Euro having the most to gain. With a completely flat curve for 2022, market expectations are widest for EURUSD – a disappointing Fed could therefore push EURUSD higher. Sterling, however, could see an initial bump from this action but we think that a slower Fed could allow the BoE some breathing room to take their foot of the pedal, resulting in GBPUSD levels which are volatile but arguably not very directional.”

The firm also comments on the 20 per cent probability of stubborn inflation.

“The penultimate scenario is one in which central banks cannot get a handle on inflation and prices continue to rise at, or faster, than the current pace. In this world we would see central banks, the Fed likely leading, chase inflation with a flurry of hikes. Outstripping current expectations of five 25bps hikes and possibly increasing by 50 or 100bps at single meetings.

“There are many potential sources for this sticky inflation – political tension and spiking demand is maintaining pressure on commodities; a global move toward greener practices is exacerbating price pressures; tight labour markets and increased restriction on movements are pushing wages higher; and many more. Were any of these to persist longer than expected, inflation could be here for many months to come.”

The currency implications in this scenario would roil global financial markets, Validus says, leading to a huge increase in volatility in everything from interest rates to equities to commodities.

“In terms of FX there feels like two directions of travel for USD – if the inflationary conditions are global there will likely be a flight to quality and we could see the USD benefit; if the issues are concentrated (or worst) in the US, we could see an unwind of USD assets leading to a weaker USD. Our current base case within this scenario is for the inflationary issue, should it arise, to be worse in the US than elsewhere – leading to the USD weakening against most peers.

“There are plenty of US specific reasons for prolonged inflation – larger, less targeted Covid response creating excess demand; unparalleled size of QE (still ongoing); and accentuated labour shortages to name a few. Those currencies with less structurally embedded inflation, or those perceived to have the easiest path to changing expectations, will likely fair best. The Euro should be well poised in this scenario, against both GBP and USD.”

The final scenario considered by Validus is the 5 per cent probability of a flight to quality.
The firm writes: “Our final scenario is what we believe to be an outlier scenario but if the last two years are anything to go by, black swans are becoming an increasingly common species. In this “tail” scenario we consider the effects of left field influences damaging the economy or popular confidence. Two obvious candidates would be the arrival of a new Covid variant (would that take us to Pi?) and/or an escalation in political unrest, most likely in Ukraine/Russia.”

The currency implications of such a scenario is that global financial volatility would, once again, spike and Central Banks would at a minimum pause tightening and perhaps cut rates and restart the printing presses in the form of QE.

“Though rate hike expectations would fall significantly, and currently the US has one of the steepest curves, we believe the dollar does well in this scenario. A flight to quality would ensue and the usual winner is the USD. Treasuries become the haven for scared money and, a kinder Fed could result in money going back into US stocks after an initial period of volatility.”

Kevin Lester, CEO of Validus Risk Management, says: “At the start of 2021, “transitory inflation” was the phrase on the tip of every central banker’s tongue – the start to 2022 couldn’t be more different. With the term “transitory” all but banned by the Federal Reserve, we have seen a great repricing of market expectations for the path of rates over the coming months.

“Into the end of 2021, and starting 2022, the Fed have pivoted from dovish leaning to assuredly hawkish. In recent comments Chairman Powell has acknowledged the strength of the US labour market and, simultaneously, the continuing and sticky issue of above target inflation. The market has translated recent Fed communication into an aggressive hiking cycle, with five 25bps hikes now expected for 2022, and the start of balance sheet reduction.

“With so many factors driving markets it can be challenging to see the wood for the trees, but we will attempt to lay out Validus’ four most likely scenarios for 2022 and how FX and interest rates may be affected in each.”