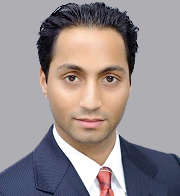 Indxx comments on managing indices in times of geo-political unrest

Rahul Sen Sharma, Managing Partner at Indxx comments that there has already been some opportunity for index providers to experience dealing with geo-political situations as they had to react to sanctions on China.

However, there are crucial differences. “The China situation was telegraphed well in advance,” Sen Sharma says. “As an index provider our index committee was able to review the situation and adjust accordingly and remove the securities in question in a telegraphed and orderly fashion, but the Russia situation was a lot more sudden and severe from a financial market standpoint and a human standpoint.”

Sen Sharma notes that the firm’s index committee reviewed their products and found seven indices with Russian securities in them, in which liquidity had ceased to exist along with the sanctions.”

Different index providers reacted differently but Indxx announced a date when they would be removed at a price of zero. “Our index committee believed in the short to medium term that the situation was unlikely to change.

“You can’t plan for this directly in the methodology but in terms of liquidity and tradability if that ceases to exist it isn’t viable for the index.”

Sen Sharma notes that different ETFs handled things differently also, with some using the last dated price, rather than zero. The remaining securities in the portfolio have a commensurate increase within the portfolio.

He says that Russia’s GDP is smaller than that of Spain and is tilted towards certain specific sectors, so its impact was not so great. “Massive exchanges with huge liquidity would have had a significantly larger impact, not only on us but on the majority of the business,” Sen Sharma says.

“The decisions we make are not based on client requests but on the best interest of the index and this is a good example of how the index methodological process is pretty stable.

“All index providers came to an independent conclusion which gives us a vote of confidence as it was a smooth process in which we all came to the same solution.”