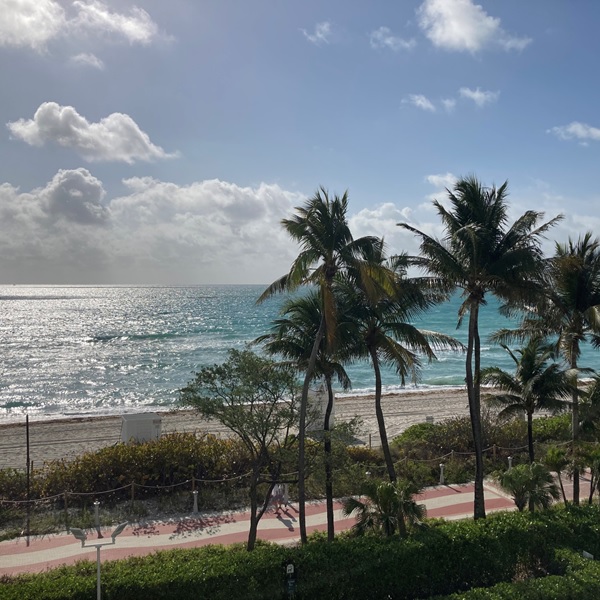 ETF issuers, service providers and advisers met at the new ETF conference Exchange in Miami last week, with the overwhelming majority celebrating the fact that people can meet face to face again after a two-year hiatus. Reporting from the world of cabanas, ETF Express Managing Editor Beverly Chandler spoke with a number of fellow attendees.

ETF issuers, service providers and advisers met at the new ETF conference Exchange in Miami last week, with the overwhelming majority celebrating the fact that people can meet face to face again after a two-year hiatus. Reporting from the world of cabanas, ETF Express Managing Editor Beverly Chandler spoke with a number of fellow attendees.

Some 2,000 people attended the conference Exchange in Miami beach last week, but the city was still filled with evidence of the massive, estimated, audience of 36,000 attendees of a cryptocurrency conference from the previous week. Billboards, from the airport onwards, displayed crypto wares, and a small plane flew back and forth across the ocean shore, towing a flag, urging the beach goer to buy bitcoin.

The industry is facing a number of challenges and interesting times as markets endure greater volatility, the threat of higher interest rates and the fallout from the war in Ukraine. The industry has responded with its usual style and grace and a number of thematic launches are proving popular with advisers.

A new thematic fund in REITs is enjoying growth post its launch six weeks ago – David Auerbach’s Armada, an active, pure play residential REITs ETF. Auerbach, an ex-REITs trader, declared that he wanted to outperform the REIT indices. “Advisers are seeing the housing situation in the US, right now,” he said. “We felt there was no perfect active wrapper for this REITs portfolio. Our goal is to educate advisers about the US REITS industry – during times of higher rates and inflation REITs tend to outperform. Think of them as the tortoise in the race, slow and steady.”

Further thematics came from Darren Schuringa of ASYMmetric ETFs, who said he was bringing hope to Main Street investors with his product based on asymmetric returns. “Main Street is not even aware that it is stuck in the 1800s, investing in stocks and bonds,” he said. “They don’t have the diversification benefits. Asymmetric returns zig when the market zags.”

The perennial favourite theme, ESG, was soundly represented by Thomas Kuh, formerly of Truvalue Labs, and now with Morningstar as head of ESG strategy indexes, there to build up their existing ESG offerings, because, as he put it: “The market needs are evolving quickly and how do you provide exposure for investors to ESG in a transparent and credible way?”

Commodities are back in the frame in current market conditions, and Robert Minter of Abrdn commented that it was clear that everyone had enjoyed getting back face to face again at the event. “Everyone consumes the same information,” he said. “But face to face you can ask questions and get answers that you can’t get from a pre-recorded source.”

Minter had observed that advisers had seen what commodities can offer in the first quarter of 2022. “Global bonds were down 6 per cent, global equities 5 per cent and the Bloomberg Commodities Index was up 25 per cent,” he said. “Everyone had forgotten about companies that produce those things that we need every day.”

Advice from Minter: “Buy something that you wouldn’t want to drop on your foot.”

Tommy Mancuso, president of the BAD Investment Company which has its antidote to ESG, based on betting, alcohol and drugs, has seen his controversial ETF beat the S&P over the first quarter of this year. “We embrace the controversy,” he said. “It makes us different from everyone else and these industries are being embraced by the government at the end of the day – BAD is truly sustainable because these industries have been through a number of economic cycles.”

The BondBloxx team, recently interviewed in ETF Express, was also at the conference. BondBloxx’s Leland Clemons said: “This conference is a good reminder of how ETF technology is driving different parts of the capital markets.” His colleague, Brian O’Donnell, said: “There are still so many opportunities to add value in the ETF eco-system.”

Joanna Gallegos, another member of the BondBloxx team, confirmed that the firm’s assets are up 30 per cent since launch, and the latest product on the blocks for them is an emerging market bond product, with durations of one to 10 years, in response to feedback from RIAs and institutional investors.

Bonds were also on the mind of Nick Kalivas from Invesco, who noted that in March, investors moved to take more risk in their portfolios, but, he commented, people don’t want to give up on growth.

In the defined outcome space, Johan Grahn, Vice President and Head of ETF Strategy, at Allianz noted that investors are de-risking their equity portfolios, taking risk off the table, and increasingly turning to products such as his defined outcome products. “There are advisers who haven’t heard about defined outcome ETFs but the majority who do say that they are likely to invest.” He quoted a study that asked advisers whether they were more prepared today for a global financial crisis type market event and most said they were because of improvements in their communications skills.

The original defined outcome ETF issuers, Innovator Capital,reported that the first quarter of this year had seen their largest adoption of buffer ETFs, with USD1 billion flowing in from the adviser channels. “People are looking how to manager their fixed income positions with a degree of certainty,” Innovator’s Trevor Terrell said.

Marc Dorfman from Qontigo in the US confirmed expansion plans for the firm which spans Europe and the US and combines the offering of Axioma, Qontigo and index provider STOXX. “We are now looking to expand our product line-up to a global approach,” he said, naming iShares and Amundi as firms that have recently moved products to STOXX indices.

Marc Zeitoun, Head of Strategic Beta and Private Client Advisory at Columbia Threadneedle commented that alpha never goes out of style and that he had observed different influences in the industry in play now. He has seen fee compression, with more people looking at the fees first before they invest, and differentiation: “How do I justify my competitive advantages in terms of services and investment discovery,” he said, commenting that thematics appeal to advisers who are looking for the edge.

Commenting on active ETFs was David Mann from Franklin Templeton who noted that there has been a big increase in conversations on active management, spurred in part by the ongoing effects of the ETF rule.

BNY Mellon’s Ben Slavin commented that it had been over two years since there had been a large scale ETF investment conference and in that time the industry has close to doubled in size. “There has been a very strong first quarter in terms of flows and if this holds, we will see a record in trading of USD50 trillion in total notional volumes, ” he said.

“The industry is continuing on a growth trajectory with a sense of optimism. Investors are looking to the ETF structure, preferring to consume investment content within the ETF wrapper and money is coming in across the board in the US, from multiple channels.”

American Century’s Ed Rosenberg, Senior Vice President, Head of Exchange Traded Funds, commented that advisers are turning to active ETFs, having dipped their collective toes into ETF investing. His colleague Rene Casis noted that advisers are wanting to know more about how to trade ETFs, how to get the best execution, wanting to put together the puzzle pieces.

Finally, we can come back to earth with a word of caution from Elisabeth Kashner, Director of ETF Analytics at FactSet, who observes a change in the industry. “The conversation doesn’t mimic what the investors are doing,” she said. “The industry has got shiny object orientated.”

Kashner has a fundamental rule when analysing funds. “The more words you are using to describe why your product is so special, the more I want to run,” she said. 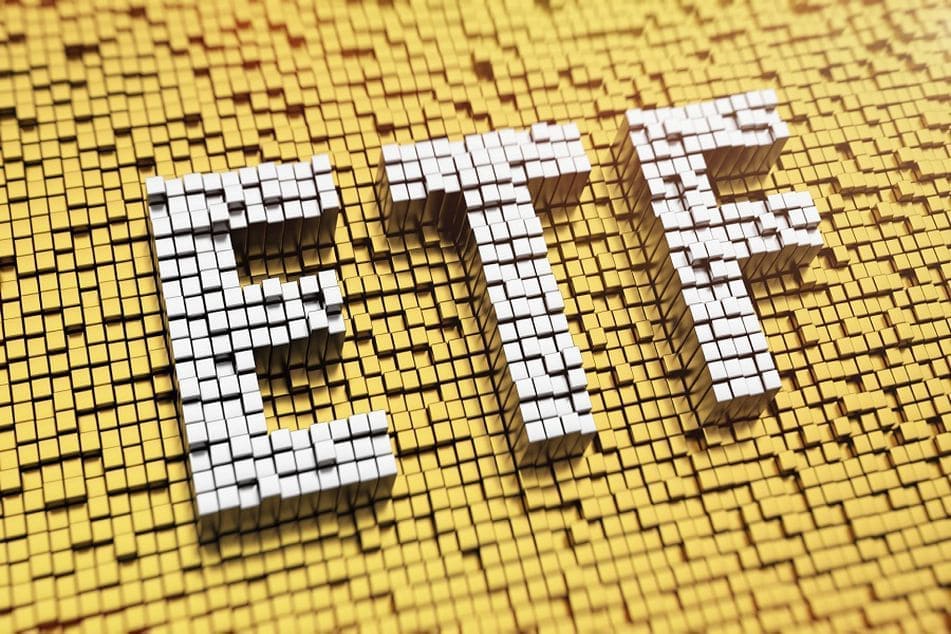