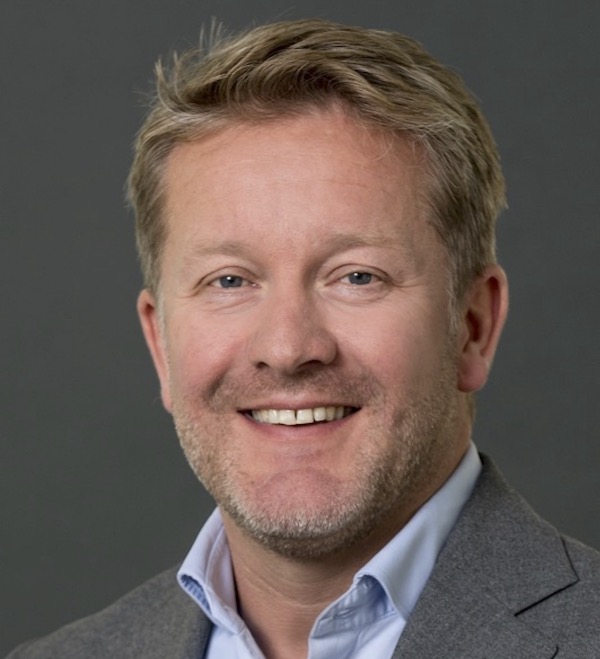 Martijn Rozemuller, CEO for VanEck Europe, was an early adopter of ETFs in Europe, having established ThinkETFs in 2008 in his native Amsterdam.

Martijn Rozemuller, CEO for VanEck Europe, was an early adopter of ETFs in Europe, having established ThinkETFs in 2008 in his native Amsterdam.

The former proprietary trader at Optiver had been working on exchanges and was fascinated by all things investment since university. VanEck Europe came along in 2018 and bought the business, giving Rozemuller what he calls: ‘a great ride so far’ with the firm now running offices in Frankfurt, and Zurich as well as Amsterdam, some EUR6.5 to 7 billion in assets across 40-45 different products managed by a team of 45 people.

“It’s a family business so they look at things a bit differently from listed firms,” Rozemuller says. “It feels like I have been her a long time but it’s only four years in fact.” VanEck in the rest of the world has USD80 billion in assets, so the European firm has just about 10 per cent of the assets.

The European offering is to a certain extent similar to the US one, with local tweaks, as he puts it, the most obvious being that the products have to be relaunched as UCITS funds.

“At ThinkETFs, we had sustainable products but it’s not take off in the US which is usually five to 10 years ahead of Europe so here it’s the other way around with Europeans 10 to 15 years ahead,” he says.

“It’s fair to say that in the US, VanEck had been building their business since 1955 and only came to Europe in 2008.”

Obvious differences in demand occur in products based on things like municipal bonds which are not a popular investment theme in Europe and there is no appetite in Europe for them, he says.

He comments that when his team established ThinkETFs in 2008, they came from a trading background and were familiar with passive investing and how it could lead to better performance.

“It was an obvious thing for us but we really focused on the products and the rationale behind them but we had no knowledge of sales and marketing so we missed the point that many investment products were sold because advisers were paid to sell them.

“We realised we couldn’t afford distribution.”

Retrocession, the paying of trail fees on the sale of financial products, stopped in the Netherlands in 2014.

The VanEck client base still reflects a balance of about 50/50 across retail and institutional investors in Europe. “We are an exception in Europe because most ETF issuers have an 80/20 majority towards business clients.”

The reason lies in Rozemuller’s ThinkETFs origins. “When we started in the Netherlands, the bigger institutions wouldn’t use us as we had no track record or assets under management, but the retail channel was not so picky, so we raised assets by going to small conference rooms in hotels across the country and telling people about ETFs.”

He comments that one of the big changes that occurred when his firm was bought by VanEck was that it was easier to ‘scale-up’ as he puts it.

“We started to put in place more local language approaches for local people,” he says. The European offering is focused on five core countries: the UK, the Netherlands, Germany, Switzerland and Italy.

“One of the reasons we started the original firm was because, as a retail investor I had become very fond of ETFs but the downside was that ETFs offered back then had one flaw because they were either domiciled in Ireland or Germany which are sub optimal for a Dutch investor from a tax perspective so we used the Netherlands tax regime to give the dividend tax relief to the end investor.”

Rozemuller is now on a mission to promote multi asset model portfolios of ETFs.

The original portfolios were established in 2009 and here again Rozemuller seems to have been ahead of the curve. “The retail clients weren’t that sophisticated so it’s taken time to educate them,” he says. “And while independent wealth managers learned to love ETFs, the multi-asset portfolios with their lower fees didn’t fit with their desire to do their own asset allocation.”

He reports that in terms of performance, the model portfolios have done well and now have long track records. “If you compare them with the mainstream actively managed model portfolios, they have done really well because their costs are a lot lower – they are not actively taking positions but reweighting once a year. Simple is usually better and these products show it.”

The model portfolios currently have assets of about USD100 million. “They are so easy to use and help stop people making mistakes as you can pick your profile.”

Back when he first launched model portfolios, the functionality of being able to save into them on a monthly basis was not available.

“The option to do this automatically has made it easier,” he says. “A lot of the problems investors run into are psychological problems as they get discouraged because of market movements and over think it. Automate it and look at it once a year is the solution.”

The next few months will see the launch of new products from VanEck Europe.

“Historically the biggest share of retail is in our thematic approach.  Thematic ETFs attract retail investors because they feel comfortable with certain stories such as video gaming or esports where our ETF attracts a younger audience.

“It makes it more tangible to put their money there as they know how much they are spending there.”

Rozemuller comments that he finds it annoying to see so many financial professionals selling far too many expensive solutions to their clients for too many years.

“Cost efficient solutions are in the long run better but some people cannot be seduced because they think vanilla ETFs are boring, but it is good to offer them thematic exposures for a small part of their portfolios.”

ETF data providers ETFGI report that assets invested in the global ETFs industry extended its lead over the global hedge..
JOIN US ON LINKEDIN
Follow us on Twitter
Tweets by ETFExpress