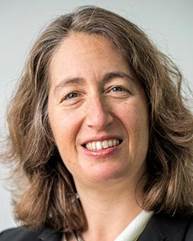 Elisabeth Kashner, Vice President, Director of Exchange-Traded Fund Research and Analytics at FactSet, has published more research on current conditions in ETFs in the US, looking specifically at ETF fee compression.

US ETF investors, who continued to add to their positions during the recent market correction, are a patient lot when it comes to maintaining market exposure, she writes. Waiting for a market bounce feels less awful when it doesn’t cost much, fee-wise.

“For all the market chaos of the first half of 2022, one trend remained intact: the drive towards ever-lower ETF costs. ETF investors continue to direct their cash to the cheapest of the cheap, as asset managers scramble to stay competitive.”

“As in past years, fee compression is not limited to vanilla equity ETFs. It’s everywhere, in every asset class (except commodities, where SPDR Gold Shares are having a moment) and every investment strategy. Even currency ETF fees have resumed their decline after absorbing pricey bitcoin futures ETF launches last year.”

Average fixed income ETF costs fell rapidly, down 0.015 per cent in the first six months of 2022. Equity fees were less affected on average, dropping just 0.001 per cent. Kashner says that this relative flatness might be attributable to shifting preferences for investment strategies, as investors sometimes select equity ETFs with complex, and therefore more expensive security selection and weighting methodologies.

“Inflows to the cheapest actively managed equity ETFs are responsible for this shift, far more than fee cuts, as the active equity ETFs grew by 35.5 per cent in the first six months of 2022. Some of that growth was powered by mutual-fund-to-ETF conversions. Even excluding the conversion flows, actively managed ETFs grew at a blistering 23.1 per cent pace through June 2022.

“To understand cost competition in active ETFs, it’s helpful to look at an example. The U.S. total market segment’s 156 ETFs include 64 actively managed funds from 39 issuers. It attracted USD5.1 billion of inflows YTD, aside from mutual fund conversion transfers.”

Kashner notes that those flows were highly lopsided, with Dimensional and The Capital Group capturing 54.4 per cent and 13.9 per cent, respectively. Dimensional’s total US market ETFs are priced super competitively, she says, at 0.11 per cent (the lowest in the segment, undercutting Vanguard’s active factor suite), 0.12 per cent, and 0.19 per cent.

ETF issuers with actively managed US total market ETFs that cost on average 0.16 per cent or less captured three out of every four dollars directed to active management. Active ETFs that cost 0.40 per cent or more took in just 11 per cent of the active flows. In that context, even Capital Group’s 0.33 per cent charge for their dividend value and core equity ETFs seems uncompetitive, Kashner says.

“Investor preferences for low-cost active equity ETFs covering the US total market show the challenge that today’s competitive landscape poses for asset managers. While differentiated strategies may launch at higher costs, competition will erode initial profit margins until the investors have captured virtually all the surplus. The only question is, how long will it take?”

Kashner writes that a time series-based example allows us to see how ETF fee compression has reshaped the asset management industry over time. International high dividend yield ETFs make for a great case study because of the limited segment size (just six competitors) and high investor interest, namely USD1.6 billion in YTD inflows. From February 2016 to the present, the segment grew from USD790 million to USD5 billion, with half of that coming in 2021 and 2022.

“On February 25, 2016, the first-to-market SPDR S&P International Dividend ETF (DWX-US) was well-established, having launched in 2008. DWX had a 97 per cent market share with USD766 million in AUM and charged 0.45 per cent per year. DWX’s existing competitors, launched in 2013 and 2015, had struggled to gather assets. The newcomers’ misfortunes were understandable—First Trust charged 0.78 per cent per year; DWS XTrackers chose to match, but not undercut, SSGA’s fee in its currency-hedged international dividend ETF. By 2015, currency hedging had already passed its peak popularity.

“First Trust and DWS never gained traction, nor did new entrant Virtus. First Trust’s 2018 expense ratio cut, from 0.78 per cent to 0.60 per cent, left it in the same position—the most expensive in the segment. DWS cut HDAW-US’s fee in 2018 down to just 0.20 per cent, and dropped the currency hedge. A fee of 0.20 per cent should have been attractive to new buyers, but the strategy switch may have made investors nervous. Virtus WMC International Dividend ETF, launched in 2017, has been priced unattractively at 0.49 per cent.”

Today, Vanguard and Schwab are the only real competitors in the international high dividend yield segment, Kashner writes. Low-cost leader Schwab has taken over the task of consuming SSGA’s market share, while Vanguard holds steady. Will Vanguard announce a competitive fee cut for VYMI this year?

These examples of fee compression at work in the U.S. total market and the international high dividend yield segments are not anomalies. They are the headline story. Many asset management firms have leaned hard on rising markets to offset organic shrinkage, while preserving profit margins.

The combination of a bear market and fee compression leaves nowhere to hide, she says. Firms like Vanguard, Charles Schwab, and Dimensional ETFs have figured out how to compete in a low-fee environment and have been reshaping the competitive landscape on their terms. It’s no mean feat to garner inflows during a bear market and even more impressive to gain market share during a selling frenzy.

“As of June 30, 2022, Vanguard’s asset-weighted ETF annual expense ratio was 0.05 per cent, Schwab’s was 0.08 per cent, and Dimensional’s was 0.23 per cent. BlackRock and State Street/SSGA, which compete with Vanguard and Schwab, lost ground, bringing in 23.5 per cent and 0.3 per cent of YTD flows against starting market shares of 34.2 per cent and 14.5 per cent. BlackRock’s asset-weighted average expense ratio in June was 0.18 per cent; SSGA’s was 0.13 per cent. The math is relentless.”

Kashner concludes that for investors, saving on fees helps tremendously in a harsh market environment. “For asset managers, bear market fee compression may prove a severe test. The low-fee, high flows quadrant can be an attractive environment for those who can adapt. Good luck out there.”

First Trust Advisors has announced the launch of a new actively managed ETF, the First Trust Multi-Strategy Alternative ETF (NYSE..
JOIN US ON LINKEDIN
Follow us on Twitter
Tweets by ETFExpress