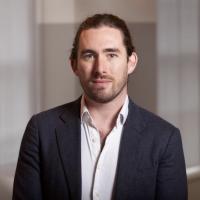 The Ethereum ‘merge’ and its consequences

The Ethereum network experienced an update in mid-September 2022. Colloquially termed ‘the merge’, this update involved transitioning the network’s consensus mechanism to proof of stake. The consequences of this change offer both opportunities and risks for investors. The opportunities will present themselves in terms of a staking yield for those who stake their ether holdings. Risks will be seen in cybersecurity terms, should there be a critical bug in the updated code base, and in terms of compatibility with the many decentralised applications (dApps) that rely on the Ethereum base layer. There is also the chance that a break-away group decide to ‘hard fork’ the network so as to preserve their mining revenue streams, which has implications for current ether holders.

Going a bit technical for a moment – a consensus mechanism is the way in which a decentralised network comes to agreement on the correct order of transactions appended to a distributed database (i.e. ‘blockchain’). To date, the Bitcoin and Ethereum networks have used a proof of work consensus mechanism. This involves many computers solving difficult math problems so as to batch new transactions that are then appended to the respective distributed database. The proof of stake consensus mechanism, which is already implemented on networks like Solana and Cardano, operates differently.

The Ethereum network has been operating two blockchains since April 2022. The original blockchain, using a proof of work consensus mechanism, and the ‘beacon’ chain, which implements proof of stake. This means that people have been able to stake their ether for some time now. However, like Hotel California, they have not been able to unstake their ether (“You can check out any time you like, but you can never leave”). This will soon change. The first step is the two chains coming together to form one – hence ‘merge’ – on the path to the next step, termed the ‘Shanghai hard fork’, which will be an update down the line that will allow staked ether to be unstaked.

And now the consequences…

The first consequence of Ethereum’s shift to proof of stake is in the way in which new ether are distributed. New ether will be distributed to those who stake their ether holdings to validator nodes on the network. On average these nodes already generate a yield of approximately 4 per cent per annum, which is a very different economic incentive structure to the previous network where new ether accrued to miners. A cottage industry already exists around managing staking so as to maximise the performance and revenue from validator nodes. The main question going forward will come down to: who holds the ether, who runs the nodes and who is able to run the nodes most efficiently?

Next, expect a narrative to emerge around ESG. The proof of work consensus mechanism requires energy to power the computers that solve difficult math problems. Proof of stake requires less energy, which leads some to claim that it is more ‘ESG friendly’. This will change how many institutional investors view the digital asset space.

In terms of risks, the Ethereum merge is an update of code that is already ‘in production’ (i.e. it is already running in a non-test environment). There have been many rounds of testing on the protocol layer – so the risk of critical vulnerabilities in that code base are present but of lesser concern. The main risk to pay attention to is compatibility problems with the many decentralised applications (dApps) already running on and reliant on the Ethereum network. This eco-system includes the multi-billion USD equivalent ‘DeFi’ and NFT (non-fungible tokens) segments.

Finally, consider the actions of those who previously generated revenue from the mining of and trading using the Ethereum network. Total mining revenue has varied over time but in approximate terms around half a billion US dollars each month during 2022. This revenue stream will be cut off under the new Ethereum network. Already, some miners and exchanges have declared their intention to run a ‘hard forked’ version of the Ethereum code that preserves proof of stake (and thus their revenue).  Splits like this have happened in the past (e.g. Ethereum Classic [ETC] and Bitcoin Cash [BCH]). Institutional investors should ask themselves whether they will receive the forked ‘ETH-POW’7 and, if so, what will be done with it.

One step further down the development roadmap

The curious thing about open source software is that active developer communities make changes to it over time. This means that the code base, in this case Ethereum, is different to what it was a few years ago – and will be a few years from now. For investors it is important to think through the ramifications of these changes – how they can go right and wrong – to seize the opportunities created by this evolution while also managing the concomitant risks.