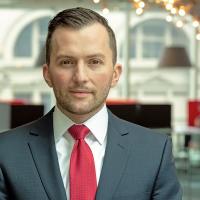 Athanasios Psarofagis, ETF analyst at Bloomberg Intelligence, has written a note on the ‘Vanguard effect’ in Europe.

He writes that the cheapest ETFs are rapidly gaining market share in Europe. “We expect the shift away from more expensive products to accelerate as poor performance and redemptions in active mutual funds make cost a bigger priority for investors. Flows into ETFs have surpassed those of mutual funds every month this year as Vanguard’s growth pressures industry fees,” he says.

“Historically, European ETFs charging 10 bps or less haven’t taken in the most flows, but recent market declines have spurred a shift toward the cheapest funds. The group’s share of the region’s ETF assets has grown to 25 per cent from 19 per cent at the end of 2020.

“Investors may be reallocating from actively managed mutual funds, which are seeing redemptions. In addition, the cheapest bucket tends to comprise core-based strategies that often attract steady flows regardless of market conditions. In September, ETFs priced at 10 bps or less took in over EUR7 billion, their strongest month on record. Over the past six months, ETF priced at 20 bps or less have taken in EUR22 billion. Collectively, the other buckets shed EUR28 billion.

Psarofagis also comments that Europe’s ETFs have outpaced mutual funds in flows every month this year, and tougher market conditions appear likely to accelerate passive adoption across the region.

He writes that July was the seventh straight month of outflows for UCITS mutual funds, surpassing EUR200 billion euros for the year vs. ETFs’ EUR61 billion intake. ETFs have grown steadily despite market gyrations, though mutual funds are still ahead since the start of 2020, adding EUR649 billion vs. ETFs’ 338 billion, he notes.

Including both ETFs and mutual funds, passive investing is most widely adopted in North America, with a 45 per cent share. Asia has about 26 per cent adoption, while Europe trails at about 21 per cent. Lack of tax efficiency and retrocession fees incentivise a push toward active funds, he says.

“With the continued growth of ETFs, we expect passive adoption to grow and continue to drive fund costs lower.”

Passive investments’ share of European UCITS assets has nearly doubled to almost 20 per cent from 10 per cent in less than a decade, led by ETFs, and he writes that Bloomberg Intelligence believes more growth is likely, given cost pressure and active funds’ underperformance.

“BlackRock dominates Europe’s market, but Vanguard has climbed to second in ETF flows while boosting its asset share to 7 per cent, spurring both active and passive rivals to lower their fees in response. Though ETF flows have slowed this year, their ability to remain more resilient than their mutual-fund counterparts will continue to put downward pressure on costs.

“The average asset-weighted cost of an active equity UCITS fund is 1.28 per cent, well above Vanguard’s average of 12 bps, the lowest of any issuer in Europe. ETFs still hold just 7 per cent of regulated fund assets in Europe, the smallest share of any major region.”