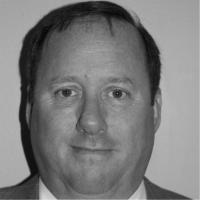 Taking a trip into psychedelic ETFs

Gill Wadsworth writes that the nascent psychedelic ETF market looks set to capitalise on massive investment in companies offering hallucinogenic drugs such as LSD and magic mushrooms which are increasingly believed to be effective in treating depression, ADHD and chronic pain.

Elemental Advisors PSYK ETF – one of just a handful of ETFs tracking the psychedelic market – seeks to track the performance of the Enhanced Consciousness Index which includes a portfolio of companies involved in the research, development, production and/or use of psychedelics.

In the eight months since launch this February, the fund has outperformed the S&P500 and Nasdaq.

Tim Collins, founder of Elemental and manager of the PSYK ETF, says: “PSYK began trading on 1 February during a tough time in the financial markets. Until recently, we had far superior relative performance to the major indexes. This is not as strong now, but I suspect we are in for additional downward pressure across the economy. We’ll keep an eye on PSYK relative performance going forward.”

According to figures from Elemental Advisors, PSYK, which is passively managed, returned -17.34 percent between 1 February and 17 October this year. Meanwhile the S&P500 is down 21.39 percent and the Nasdaq Composite is down -33.84 percent year to date.

Collins says PSYK benefited from increased fund flows after the closure of ETF Series Solutions’ Defiance PSY this August, however he notes that rival ETF PSIL, run by AdvisorShares, also mopped up investors.

Collins says: “Both PSIL and PSYK saw a bump in trading volumes which coincided with the closure of PSY. Neither fund has been able to maintain that elevated activity level. Having said that, PSYK has shown increased volume and has seen nice fund inflows this October.”

The psychedelic fund market enjoyed a major shot in the arm this July when Morgan Stanley tipped hallucinogens as an answer to the increasing number of mood disorders and suicide-related events over the last decade.

In a Global Insights study, Morgan Stanley says mental health disorders have been “exacerbated by the stress of modern life and the isolation brought on by COVID”.

The investment manager reports: “Unfortunately most people, including those with access to care, are not getting better. Many patients simply do not respond to current treatment options. Psychedelic therapies are an alternative approach to treating mental health that target unmet needs and redress the lack of innovation in the field. Various psychedelic compounds may also have the ability to treat addiction, chronic pain conditions like fibromyalgia, and even ADHD. Studies to determine their efficacy in these areas are underway now.”

One such study came from London-based and Nasdaq-listed COMPASS Pathways this October. The mental healthcare company reports that psilocybin, which is the main psychoactive ingredient found in magic mushrooms, was more effective in treating depression than standard anti-depressant drugs.

Collins says: “We believe that psychedelic drugs may offer solutions to address the rising need and disparity in the availability of effective mental health care solutions. Specifically, psychedelics may offer effective solutions that do not require a life-long regimen of prescription drugs.”