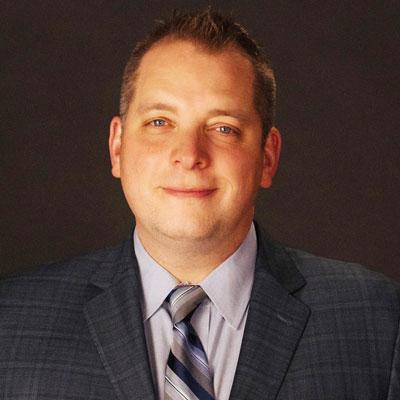 Joe Anthony, President of Gregory FCA joined the firm as an intern in 2002, seeing an opportunity to start a financial services consultancy practice at the firm.

When he joined the firm, that had been founded in 1990 by Anthony’s business partner Greg Matusky, he was the thirteenth full time staff member and the firm is now 135 people strong.

The first foray into representing ETFs was with RevenueShares, working with Sean O’Hara, now president of Pacer ETFs, also a winner in these awards.

“RevenueShares hired us to promote their initial slate of ETFs. We held our program kickoff right before New Year’s Eve in 2007. We all know how troubled the markets were heading into 2008. They launched a financial sector ETF in early 2008 which at the time felt crazy, given the state of the market. That said, the trajectory of the markets made the launch look brilliant. When you launch products at what seems like the worst time, there can be a longer term story-telling opportunity.

“There was a really strong interplay between two forces on that occasion, very entrepreneurial which is exciting with big ideas but small budgets.”

The flipside of this is large scale firms that want to do ETFs in a small way, and that ask is completely different Anthony says. “If someone wants to dominate the ‘hot’ space, such as buffer funds, they look to PR to advance their growth objectives, but also to drown out the opposition.”

“It’s two-pronged media relations with a digital presence, so we are doing SEO work and also looking at digital distribution via influencers. They want the short strokes to hit target audiences in a way that is not traditional PR.”

The digital offering is about five years old and is set up play a dominant role in the marketing mix, driven by Covid and the working from home phenomenon among other things, Anthony says.

“People come and say we want a PR campaign based upon what they did five years ago but then they want the digital too – if you were a start-up issuer it used to be USD 40,000 over six months but now it’s USD80 – 100,000 if they want to play on a full scale basis, as the digital piece has become prevalent.”

Anthony says that the firm still caters for new entrants. “We worked with a fund that went from USD3 million to over USD100 million in less than a year,” he says. “We are not the bottom of the funnel ourselves, not where the rubber meets the road, but we like to think of ourselves as part of the winning formula.”

The firm’s commitment to the ETF space has seen them supporting the ETF Institute, run by Nate Geraci, and its mission to educate and certificate ETF practitioners. Gregory FCA has its inaugural class of students with 12 members of the team enrolled and working towards certification.

“We have 50 individuals doing financial PR, and our goal is that everyone who works for us and touches the ETF industry will have a certification. There can be no shred of doubt in the industry that we are the most committed to knowing and serving the ETF space.”